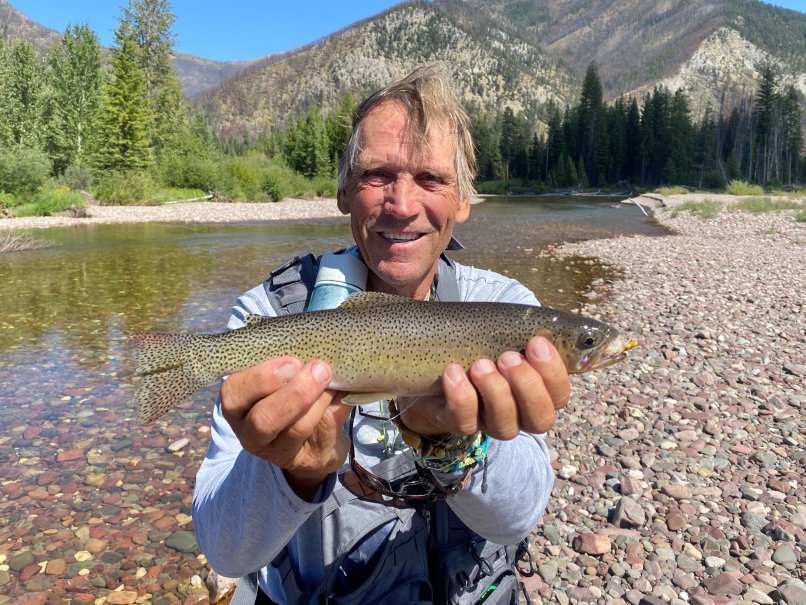 When my fishing buddy first suggested fishing the Bob Marshal Wilderness I said “where’s that?” “THAT’ is 1.5 million acres of wilderness in the northern part of Montana about one hour north of Missoula. The creation of the Wilderness Act of 1964 led to the protection of 110 million acres of public land in the U.S. Devoid of structures and roads these areas limit access by not allowing motors, 4-wheelers, no bikes, not even chain saws. Hike in on foot or ride a horse.

We started our 8-day trip from the Rich ranch at Lake Steely which has been owned by the C. B. Rich family since the early 1900’s. Peggy, one of C.B.’s daughters lead us in with her granddaughter Kiley in the rear. Speaking of rears, thank goodness for padded saddle cushions. Our first day was a 4-5-hour ride into the wilderness to a hunting camp. Everyone pitched his own tent and crawled into his sleeping bag before the 8-hour ride the next day. The most beautiful country starts to pale after 8 hours in the saddle walking 1-foot wide trails with a 300-foot drop inches away. Glad these horses knew what to do. They are ridden 3 years before graduating to a trail horse. Our stop was on the South Fork of the Flathead River. It was clear and cold with areas that probably had never seen a fly fisherman.

The fishing was spectacular. These cut throat trout were hungry, aggressive and would have hit a beer can if thrown. The gear was a 4-5 wt. with 4x tippet and finished off with a dry fly. Nymphing is cheating. Parachutes and hopper size 12 worked well and everyone caught fish AND to make it complete we ate a supper of cut throat one night. The sky really put on a show at night. No lights, just stars and shooting stars. Makes you wonder about the first people to cross the area in the pioneer days with no rails, Gortex, or fleece. We camped a couple of days on the Flathead here and began the ride back, but this time we broke up the 8-hour ride with another overnight camp on the river. The final day we stopped at Pyramid Lake on our ride back to fish and take a dip if you wanted to join the Pyramid Lake swim club. Three hardy souls were all you could get out of our 10-person group. After this refreshing plunge it was back to the ranch and pack for home.

What made this trip unique was the wilderness, pristine and unspoiled. No evidence of human trespassing. 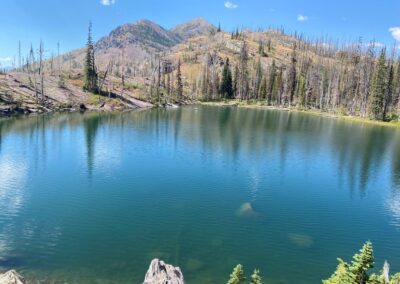 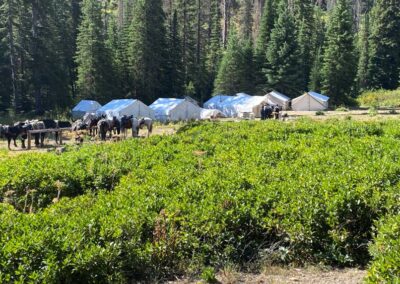 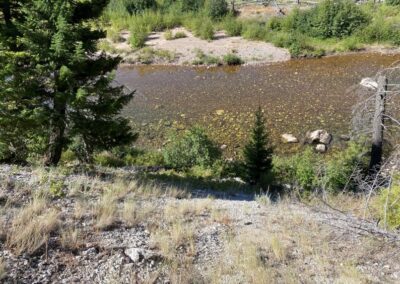 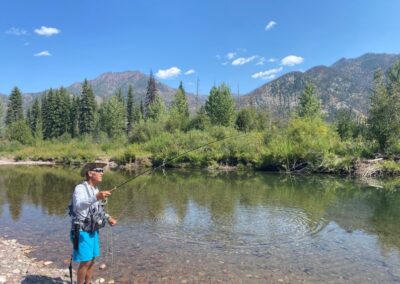 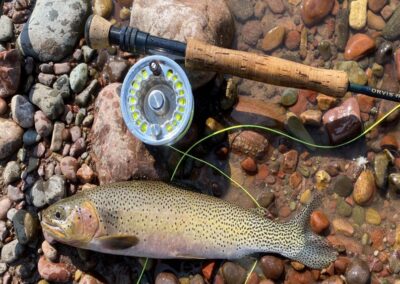 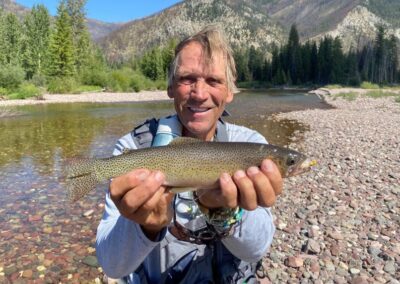