Fundamentals of the Straight-Line Cast

• Pick-Up without Slack Line. The rod needs to pull against the weight of the entire line and leader extended beyond the rod tip when the cast begins – no slack in the line or leader. Hold the rod tip close to the surface and strip in enough line to get the fly moving. Smoothly lift the line off the water and into the initial back cast.

• Bend the Rod. Rod bend and line speed are needed to make the cast and result from rotating the rod at the end of the casting stroke. Rotating the shoulder, elbow or wrist, usually in some combination, rotates the rod. For short casts, little rod bend is needed and can result from a slight rotation of the wrist, elbow or shoulder alone, or in combination. Longer casts require more rod bend using longer casting strokes and are best achieved using a combined rotational movement of the shoulder, elbow and wrist. For long casts, begin with a smooth pulling motion to remove slack. Steadily increase speed, delaying rod rotation. End the cast by rapidly rotating the rod to an abrupt stop. The key is maximum rod tip speed at the end of the cast.

• Adjust the Stroke Length – the distance traveled by the hand during the casting stroke, from beginning of distinct acceleration to the stop. The length of the stroke varies with the length of line being cast. For a short straight-line cast use a short stroke – Figure 1. For a longer cast use a longer stroke -Figure 2. The path of the hand should be straight away from and straight to the target area. 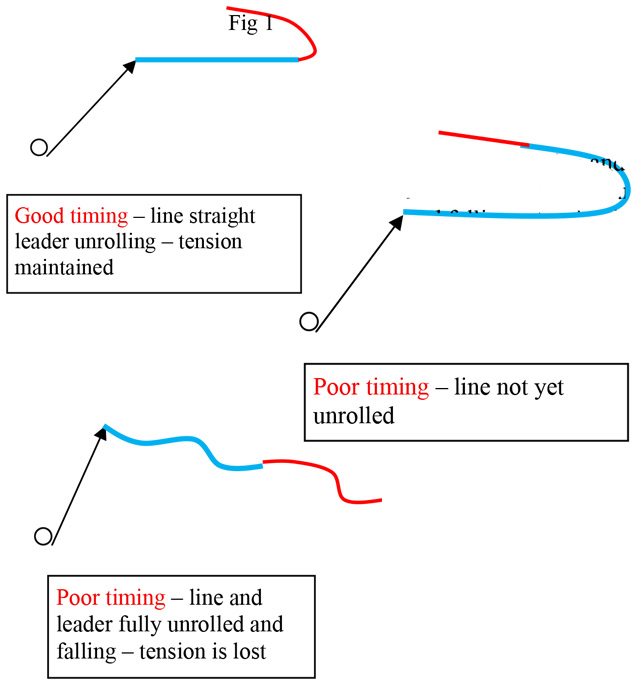 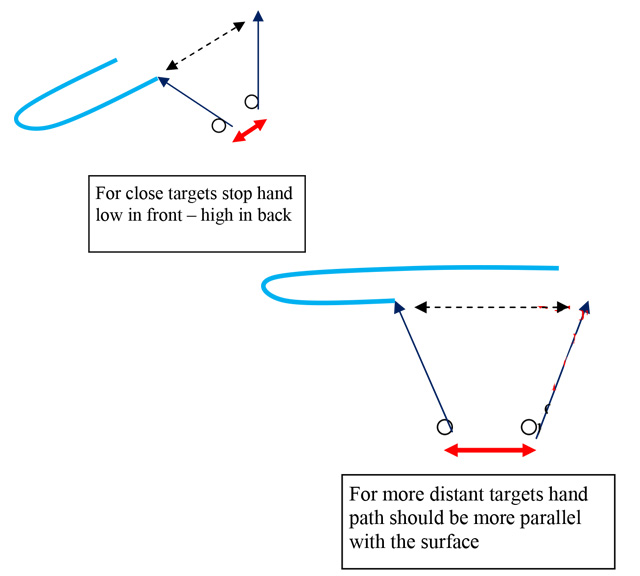 Good Casters Do the Following:

• Begin the cast by removing slack
• Select a casting angle in-line with the target
• Smoothly lift the line into the initial back cast, opposite the target
• Smoothly accelerate the hand along a straight path
• Rapidly rotate the rod at the end of the stroke
• Adjust the rod arc to fit the bend in the rod
• Stop the rod abruptly
• Pause to allow the line to straighten